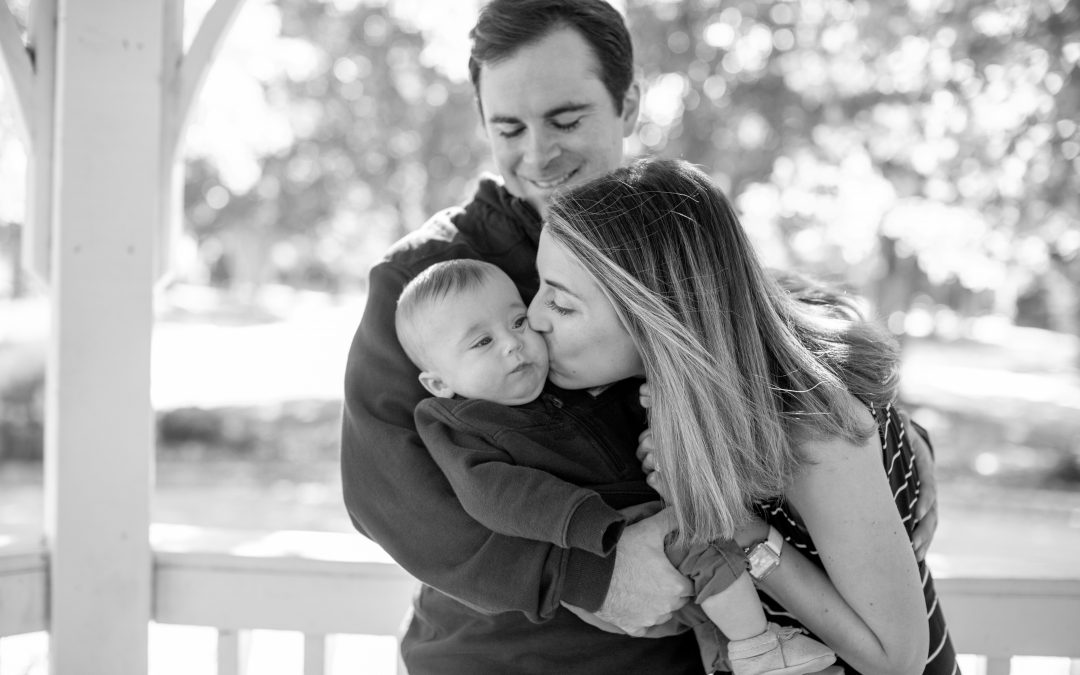 Fetomaternal alloimmunization is a diagnosis that took 29 year-old Alexandra by surprise as she looked forward to a large family. We’re grateful that she shared her story with The Fetal Health Foundation.

When I was three months pregnant with my first son, James, I learned at a routine OB visit that my blood type was A-negative. At 29, I’d never known my blood type, and I certainly had no reason to care. In my third trimester, I received an injection of a substance called RhoGAM, which is administered to all pregnant mothers with negative blood types to prevent maternal antibodies from forming and attacking the positive blood cells of the unborn baby. I got my shot and headed home, thinking nothing of it.

James was born on a perfect fall afternoon, eight weeks later. I’d never seen anyone so perfect. After enjoying a quiet evening in our tiny room on the OB floor, my husband noticed that James was starting to look orange, and asked a nurse if she could take a look at him. A routine CBC revealed that my hours-old son had a shocking number of maternal antibodies in his system, which led to an even more shocking number of red blood cells: too few, the tests showed. His blood type was positive, leading the neonatologists to conclude that my RhoGAM injection had failed. My body had become “sensitized” to James’ positive red blood cell antigens. James was whisked away to the NICU for treatment: phototherapy, IVIG, and ultimately, two blood transfusions.

What had started as a lighthearted joke about a “rogaine” shot in my backside had taken a nightmarish twist. My son was very sick.

Six months later, I was diagnosed with fetomaternal alloimmunization, a condition in which a mother’s body creates antibodies against a fetus’ blood antigens. The antibodies cross the placenta and attack the unborn child’s red blood cells, which, when untreated, can lead to severe anemia, a condition called hydrops fetalis, seizures, and ultimately, death.

This diagnosis crushed us. My husband and I wanted a lot of children, and now we were left wondering whether we could even have a second.

Shortly after my diagnosis, we set up a consultation with a renowned physician at Duke Perinatal, an arm of the Duke University Hospital System that spreads across Durham, North Carolina. We met with the doctor and a Maternal-Fetal Medicine (MFM) fellow with whom we instantly connected. They gave us the most thorough, and most reassuring, account of my disease: how it worked, the risks it posed, and what it could mean for subsequent pregnancies. They were also the first to assure us that this disease would not stop us from having more children.

I will never forget how I felt when their words washed over me. We could have more children. I don’t know if these physicians will ever fully understand the vital place they inhabit in our family. Without them, our son Liam would not exist.

A few months later, when a positive pregnancy test announced Liam’s impending arrival, I didn’t feel nervous or anxious about my antibodies and how they might affect this next pregnancy. I felt only awe that, once again, new life bloomed inside me.

The first six months went exceedingly well. I visited Duke Perinatal every other week for MCA dopplers, ultrasounds that measure the peak systolic velocity of blood flow across the baby’s brain: an indicator of fetal anemia. At 29 weeks, my scans revealed that Liam was shunting blood to his brain, signaling a problem that required additional monitoring. I was immediately scheduled for a PUBS, an inpatient umbilical cord blood sampling procedure that tests the hematocrit level in fetal blood. In most cases, the test is followed by an intrauterine blood transfusion: a truly astonishing feat of modern medicine that involves injecting donor blood through the mother’s belly and into the umbilical cord.

I didn’t expect to be quite so emotional during my first PUBS. The OBs were kind, calm, and skillful as they gave Liam his first of what would be five total blood transfusions (two in-utero, three after birth). I’d never been so grateful for modern medicine. I tried not to think about what would’ve happened to Liam if I’d just so happened to be born in another decade, or in another country, where I did not have access to the same perinatal care.

Two weeks later, Liam again began to show signs of anemia, so we returned for a second PUBS. This one didn’t go quite so well: During the procedure, Liam’s heart rate dropped from its typical baseline of about 140 to fewer than 80 beats per minute. While these drops can be normal, due to the increased fluids and the sedatives affecting the baby, they should resolve after the procedure. Liam’s did not. Suddenly, the OB who’d performed both of my PUBS, a kind, funny, lighthearted woman who’d suddenly become extremely serious and grave, looked at me and said: “Well, we’re going to have a baby today.”

Minutes later, I was back in the OR for an emergency cesarean that happened so fast I didn’t even have time to panic. Liam Michael had arrived, eight weeks early but as round and pink as a full-term baby, once again pushing the very limits of my capacity to love.

The Lingering Scars of High-Risk Pregnancies

Liam spent 31 days in the NICU and had a few more transfusions after discharge. The first few postpartum months with a premature, anemic baby were challenging and marked by lots of trips to specialists – hematology, physical therapy, a pediatric gastroenterologist, and one scary trip to the emergency department. But now, at 16 months old, Liam is thriving with no lasting complications.

The impact of a high-risk pregnancy carves deep grooves in the heart. I’ve struggled to reconcile my gratitude for my miraculous babies with my grief over the large family I thought I wanted. I’ve struggled to celebrate friends whose births are uncomplicated, while also feeling deeply, viscerally sad for mothers whose stories don’t end with a healthy baby, as mine did. 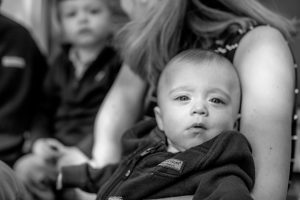 Carrying Liam for just seven of nine months reminded me that the world will never be perfectly safe. Even my own womb isn’t safe for my unborn children. It can be tempting to slap a pretty bow on a scary situation, to try to twist a negative into a positive. But there is simply no bow for some situations, especially for the mother whose pregnancy story is sad, disappointing, or traumatic, or that ends in loss. But rather, in and among the darkness are tiny points of light. And it’s within those points of light that I want to live.

Liam is a miracle for many reasons, but mostly, because he taught me this. 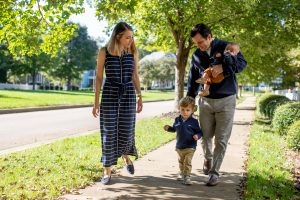 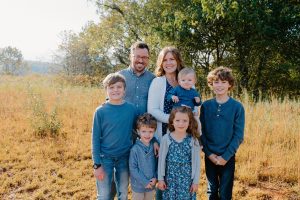