What are Doppler Ultrasound Tests? 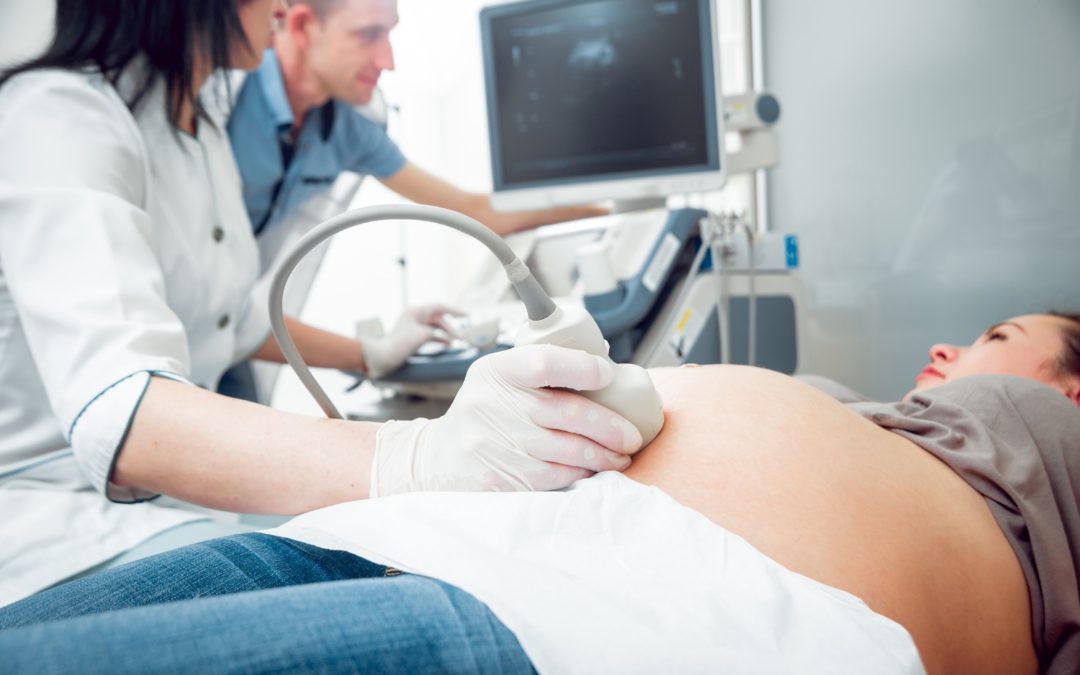 Many patients ask this question so we asked Dr. Joel Schwartz  to give us a better understanding of what a doppler ultrasound is, and what he can observe during this kind of special examination.

Beyond the stunning 3-dmensional and 4-dimensional images that grab everyone’s attention, the Doppler capability of ultrasound is perhaps the most fascinating and informative. It is used in pregnancy to study blood circulation in the fetus, uterus and placenta. Doppler ultrasound uses sound waves to detect the movement of blood in vessels, specifically the movement of red blood cells. Those sound waves then are reflected back towards the ultrasound probe that is on the maternal abdomen, when the sound comes in contact with the red blood cells. By comparing the character of the sound waves sent by the ultrasound to the character of the returning sound waves, an ultrasound image is generated. 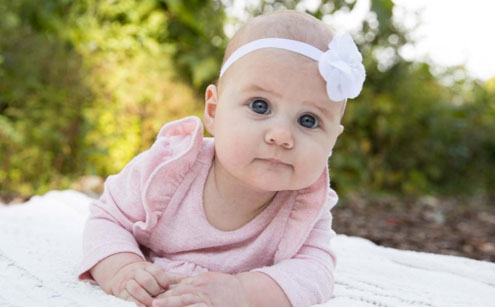 Their 20-week ultra sound revealed a large tumor.
Lucy’s parents found help at Texas Children’s.
READ THEIR STORY
Most of us are unaware that the Doppler principle is part of our daily lives, for example, in how we hear the sirens of first responders. Think about the last time you saw an approaching ambulance or fire truck, lights flashing, sirens blaring. Imagine how the siren’s sound changes from when it first grabs our attention from far away, gaining in volume and pitch as the vehicle approaches, reaching a peak as it passes us. The pitch and volume then decrease once the vehicle passes to the point where the sound can no longer be heard when the siren is far enough away. In Doppler ultrasound, the red blood cells are akin to the first responder’s vehicle, racing from location to location throughout the body. The “sound” those red blood cells emit is based on their speed or velocity. Thus, some providers use the term Doppler velocimetry, the measurement of speed.

During pregnancy, Doppler ultrasound might be used to assess blood flow to the maternal uterus or, more commonly, blood flow in the fetus. Blood flow in the arteries has a different appearance than blood flow in veins. Venous flow is largely uniform, without changes during the heart cycle, unless the fetus is “practice” breathing or an adverse clinical situation exists, such as intrauterine growth restriction. Arterial blood flow, however, is quite different. Regardless of the artery assessed, the speed of blood moving through the artery will vary during each cardiac cycle. The speed will be at its maximum when the heart initially ejects blood from the left ventricle, called systole. The ventricle then begins filling again, referred to as diastole. During diastole, the speed of blood flow through the body will gradually diminish, reaching a nadir at the end of the filling cycle, referred to as end-diastolic flow, before returning to maximum speed with the next heart contraction. This burst of flow that occurs when the heart contracts then ejects blood is what is being sensed when someone checks our pulse.

In Doppler ultrasound, the burst of blood flow when the heart contracts then ejects blood is measured as the systolic blood flow (S). Diastole (D), meaning the filling of the heart, is measured at the end, just before another contraction. The waveform made by measuring the speed of blood flow will have a characteristic sawtooth pattern on the ultrasound screen. The peak of the wave represents systole, while the nadir represents end-diastolic flow. Depending on the clinical circumstances, it is possible for there to be no flow present in the artery at the end of diastole, referred to as absent end-diastolic flow (AEDF). In AEDF, on the ultrasound screen, the waveform will appear like teeth, but with a gap between each tooth. In certain clinical scenarios, AEDF may be present in some, but not with each heart cycle waveform. The term “intermittent” is then added to describe this situation, as in intermittent absent end-diastolic flow.

Flow in the umbilical arteries should be in the forward direction in normal circumstances. In extreme clinical situations, such as severe intrauterine growth restriction, the arterial blood flow can actually reverse directions at the end of diastole. Instead of “gaps between teeth” as one might see in absent end-diastolic flow, there will appear to be “teeth” pointing up as well as “teeth” pointing down. Remember, the “teeth” are just layperson vernacular for waveforms. By convention, the “teeth” or waveforms pointing downward represent blood flow temporarily moving in the opposite direction than which it was intended to move. This is referred to as reversed end-diastolic flow (REDF).

A normally developed placental should be a tree of blood vessels demonstrating low resistance, whereby oxygen, carbon dioxide, electrolytes, nutrients and waste products easily are exchanged between the mother’s blood vessels and the fetus’s blood vessels. The mother’s blood and the fetus’s blood do not mix. However, the above-described transfer of nutrients and waste products occurs through multiple mechanisms. Increased placental resistance impedes this exchange. The origin of uteroplacental dysfunction is often determined in the earliest weeks of pregnancy following embryo implantation. For a variety of reasons, the placenta may not grow into a lush tree of low resistance vessels, much like a tree planted in one’s yard that fails to grow as splendidly as the other trees.

What are the clinical implications of Doppler findings such as intermittent absent end-diastolic flow (intermittent AEDF), absent end-diastolic flow (AEDF) and, finally, reversed end-diastolic flow (REDF)? In the order they are listed, they represent a continuum signaling a worsening internal environment for the developing fetus, often manifested by a fetus that is not growing appropriately. The time progression along this continuum varies based on each clinical scenario. Initially, the physician might note that the Dopplers demonstrate increased resistance, indicating that the intrauterine growth environment is suboptimal. For many patients, the clinical situation might not deteriorate any further, never reaching AEDF. In those patients, they often require twice-weekly fetal monitoring with weekly or semi-weekly Doppler measurement.

In others, however, the resistance slowly increases to the point of either intermittent AEDF or persistent AEDF. In those patients that begin demonstrating intermittent AEDF, the clinical scenario is precarious enough that inpatient management is often required. AEDF or REDF signal that the intrauterine environment has deteriorated to the point where the exchange of oxygen and carbon dioxide has been severely impacted. Particularly in REDF, the oxygen-carbon dioxide exchange is so poor that the fetus might no longer be able to tolerate the setting thereby quickly deteriorating from an oxygen standpoint to the point of distress, to use a layperson term. When counseling patients, I use a running analogy whereby the expectant mother and I are going to run a 100-meter sprint. Having trained as a runner for the past 20 years, I represent a healthy fetus in this analogy, with the mother representing a fetus in a poor growth environment. Not surprisingly, in such a race, the full-term expectant mother would only be able to run a few strides at most, before bending over, breathing heavily in an attempt to get any oxygen. If forced to continue running, this expectant mother quite likely would eventually collapse, similar to the fetus in a growth environment with absent or reversed end-diastolic flow.

Headed to a Fetal Center? Check out our post on what to expect at your first visit.

Read stories as told by families who have gone through a fetal diagnosis.