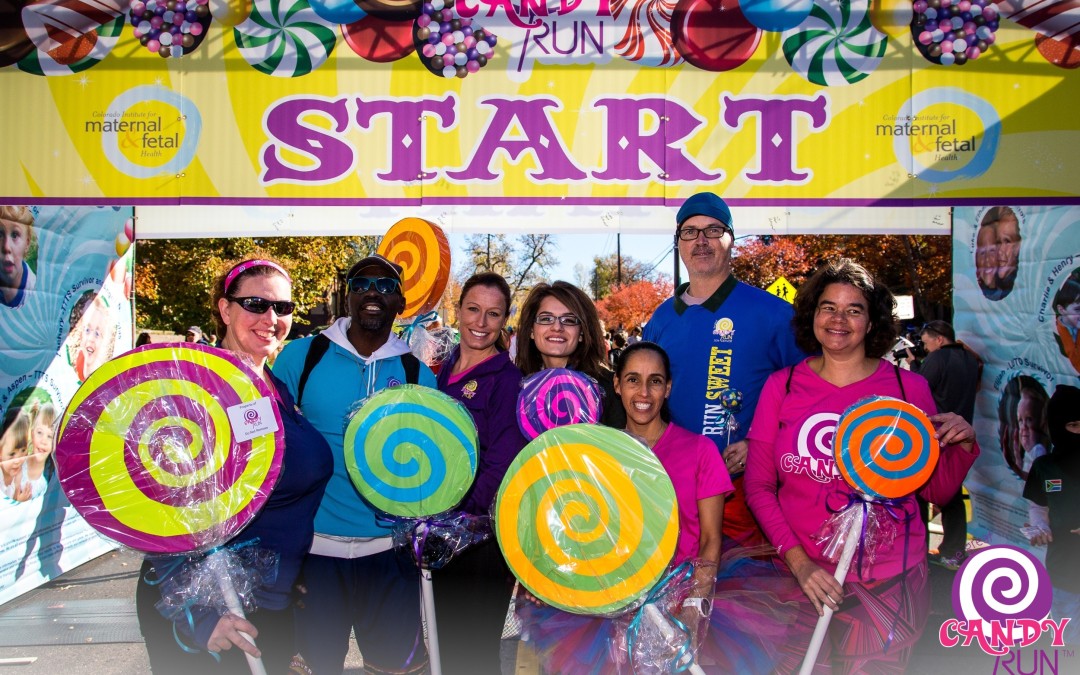 2016 is shaping up to be the sweetest year ever for our Foundation’s flagship benefit, The Great Candy Run. This family event, which was initially called the Race for Fetal Hope, helped us realize the amazing power of families uniting for a precious cause. When we run together, we get closer to the finish line: hope for babies diagnosed with fetal syndromes.

800,000 families a year are told their unborn baby is affected by a fetal syndrome, and fetal syndromes take 200 babies from their families every day. Running to help the smallest people? We can’t imagine a better reason to form a team, grab a friend, rally the family and join the race. All the candy just makes the day a bit sweeter.

Last year, 6,500 runners, walkers, stroller passengers, and wheelchair operators took part in these races. They donned costumes, recruited team members, got up early, and then headed out to walk or run. Thousands more cheered them on or volunteered before and during the Run. Their efforts paid off – the 2015 Great Candy Run raised $150,000 in gross revenues that funded research grants and provided help for families diagnosed with fetal syndromes.

The final 2016 event in the Great Candy Run series takes place in Denver, Colorado. This will be the 13th year Denver has hosted the Great Candy Run, which Competitor Magazine has named the Best of Kid’s Run for the past two years. The Denver Run was also voted as the best 5K in the state by Colorado Runner magazine in 2009. The fun starts at 10:00 a.m. on November 6th. Details and Registration

Can’t make it?  Grab a friend or two, run a bit in your own city, eat some candy, and make a donation.  (Or just eat candy and support our work.)

Read about the families we help.