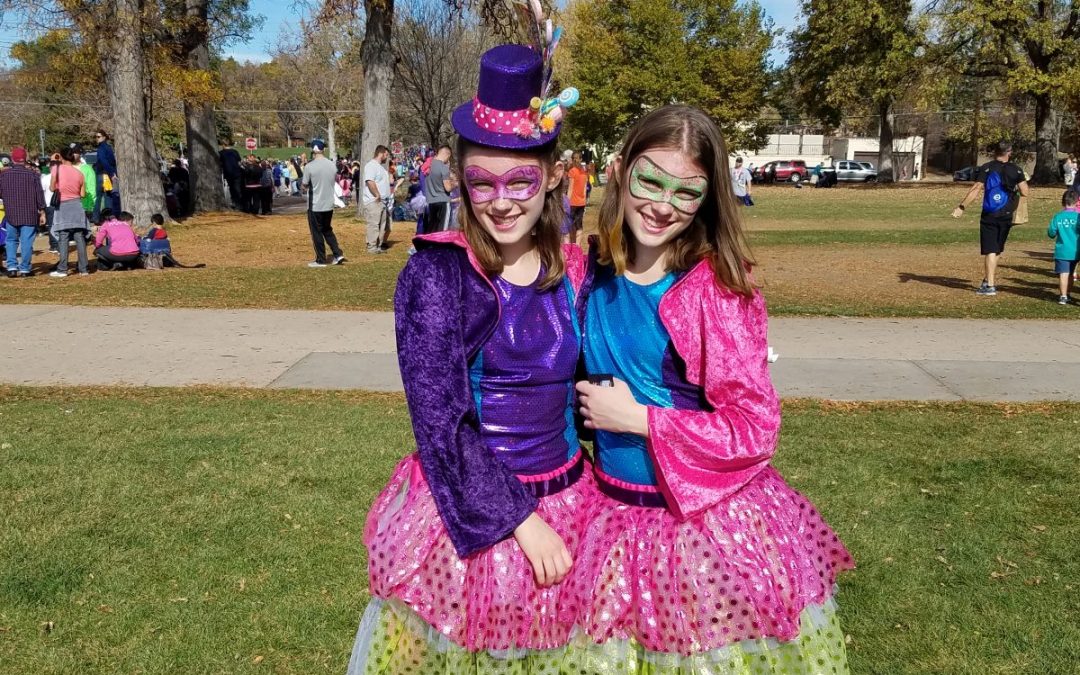 Denver, Colo. (November 2, 2017) – Being the face on an organization is a big responsibility for anyone, but it’s one that 14-year-old twins Ashley and Aspen Somers have accepted gladly since they could talk. Today, they use every platform available to them and they have many to share the message of the Fetal Health Foundation, an organization that their birth inspired. The twins’ parents, Lonnie and Michelle Somers, launched the national nonprofit Fetal Health Foundation (FHF) in 2006 to provide hope, resources and connections to parents who are diagnosed with a fetal syndrome.

In 2002, when the Somers were about halfway thru their pregnancy and getting adjusted to the excitement of learning they were expecting twins, they were told that their babies were affected by Twin-to-Twin Transfusion Syndrome (TTTS). TTTS is a rare disease of the placenta that causes one twin to receive all the nutrition and blood and the other to get very little or none.

Everything the Somers heard from their doctors and read during online research provided little hope for the survival of the twins.

Fortunately, the Somers stumbled upon a doctor’s name through medical periodicals. This led them to Tampa, Florida where they consulted with Dr. Ruben Quintero, who performed minimally invasive intrauterine surgery via tiny 3mm incisions, which saved the Somers’ twin girls.

On June 17, 2003, at 35 weeks, Aspen and Ashley were born. Today, the twins are healthy and have achieved enormous success academically and in a variety of extracurricular activities. The girls skipped seventh grade and are now sophomores at Chatfield Senior High School. While in sixth grade, they took the ACT, the nation’s most popular college entrance exam, and both scored in the top five percent with results at or above the national average for high school juniors/seniors who took the test.

The twins, who were originally given very poor odds of ever taking a first breath, now entertain crowds of hundreds when they perform in musical theatre productions and student films. Aspen was selected out of thousands of applicants to be a Discovery Girl and was featured in the national Discovery Girls bimonthly magazine. Ashley, who has been regionally recognized for her creative writing, prepared a business plan and opened an online bakery when she was 11. Each of the twins has had her work published in anthologies presented by Colorado Humanities & Center for the Book.

“They are the inspiration for everything we do,” says Lonnie, one of FHF’s founders. “It’s just incredible when you look at who they are and everything they’ve accomplished to think that at one point they were given almost no hope for survival.”

His wife, Michelle, shares this passion stating, “We’ve made it our life’s mission to make sure other families get the same chance that we did and that everyone is connected to the resources they need. We hope to never hear from a parent, ‘I wish I had known.'”

One of the many platforms that the twins use to share FHF’s messages is The Great Candy Run. Now in its 14th year, The Great Candy Run was started as the Race for Hope to create awareness of fetal health syndromes. On Sunday, November 12, 2017, Ashley and Aspen will be decked out in their sweetest costumes to welcome people to the Run and Walk taking place at Washington Park and to thank them for their support of FHF, which generates awareness and money to support families with fetal syndromes, and helps fund research to improve fetal syndrome outcomes.

Both Somers girls encourage the public to join in the fun at The Great Candy Run and support FHF.

Says Ashley, “Imagine how many people would be affected if you had never been born. It would change the whole world. I want every family to have hope.” Aspen echoes her sister’s thoughts, stating, ” I plan to change the world; and other kids should get that chance, too.”

About the Fetal Health Foundation and The Great Candy Run

Based in Littleton, the Fetal Health Foundation leads the way in supporting families and medical treatment centers dealing with intrauterine fetal syndromes. The 501c3 nonprofit organization connects families diagnosed with a fetal condition to top-rated medical specialists and funds research to improve outcomes in fetal conditions.

The Great Candy Run series is the primary fundraiser for the Fetal Health Foundation and also serves to boost awareness of fetal condition diagnoses and provide a community of hope for families experiencing these medical challenges. Now in its 14th year, The Great Candy Run is the largest timed 5K in Colorado and has twice been named the “Best Kids Run” by Competitor magazine.