Matthew, a LUTO Fighter and Survivor 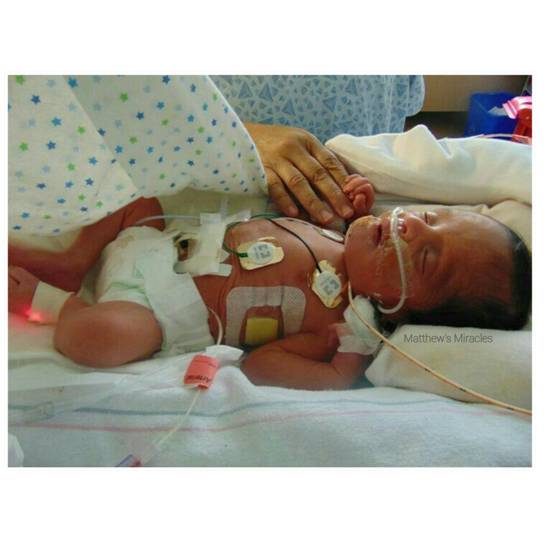 My son is Matthew. He was diagnosed with LUTO at week 17 of our pregnancy. It was a difficult pregnancy because he had a twin sister with him in there. By the time we got to our MFM, his kidneys were very damaged, his bladder was full and was thick- walled, his chest cavity was smaller than expected, and doctors believed that he would not be born breathing.

From 23 weeks, Matthew had little to no amniotic fluid. At this time we were told over and over and over again that Matthew, our only son, was not going to survive much longer in my belly.

At 26 weeks, doctors conducted a procedure called a vesicocentesis, similar to an amniocentesis. Doctors went through my belly and drained Matthew’s bladder, all in utero. This, by far, was the most painful thing I have ever felt in my life. I had no pain medication other than a local anesthetic.

At 29 weeks, we saw that his bladder was full again but because of his already bad prognosis, doctors did not believe any procedures would help. Also, because of the risk to our perfectly healthy twin girl, going through another procedure became an ethical issue. Risk one twin over the other?? One healthy twin versus a very sick twin??

We prayed and prayed and convinced the doctors to go through with a second procedure. (Our doctors had a monthly meeting and our case was debated for hours on end!!!)

The doctors went through my belly into Matthew’s belly and drained his bladder again. During this second procedure, I was able to get a spinal block for the pain. Thank God! The doctors placed a shunt in his bladder so that it could continuously drain into his sac. And to help, doctors cut slits in twin sister’s amniotic sac and then in Matthew’s sac so the two could share amniotic fluid.  By the Grace of God, Callia had a little more fluid than she needed. This was the first time EVER that doctors conducted this procedure. I have yet to find any kind of research or this amniotic fluid sharing.

We were again told on numerous occasions how it might be too late for his lungs to have developed because it had been so long that he was without fluid… we told the doctor’s and believed that IT WAS ALL IN GOD’S HANDS.

At 31 weeks by emergency c-section due to a placental abruption, the twins were born. BOTH breathing. .BOTH crying… BOTH alive. 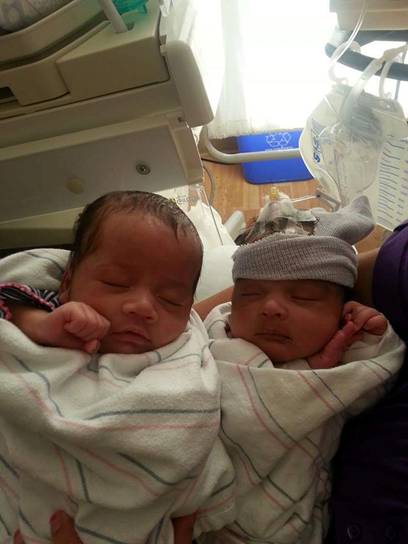 Callia was placed on assisted breathing for only a week. She was already strong and she was definitely a fighter. She had no complications due to her early arrival. She just needed to learn to drink from a bottle and gain weight. Which she did. She was discharged from the NICU when she was 8 weeks old.

Day one…. day two… day three… Every few hours we were told that he was not going to survive much longer. On day seven, doctors finally said that since he was fighting to survive, they would make a care plan for Matthew.

On July 15, my birthday, Matthew was three weeks old and he had his first surgery. Surgeons placed a catheter into his abdomen in preparation for dialysis. From July to October, Matthew had eight surgeries. Because of the blockage in his urethra, doctors made a vesicostomy in his abdomen. Vesicostomy is when an incision is made from the outside of his abdomen and into his bladder. The bladder is pulled up to the incision and in time, he will urinate through this “hole”. He also had surgery for a hernia. The other surgeries were for catheter replacement and revisions.

Matthew’s last surgery was on October first. It was, by far, his hardest surgery. HIs tiny body was having a hard time recuperating from the surgery. Doctors, once again, told us that they did not think Matthew was going to survive. The dialysis was not working causing the toxins and fluids fill his body. Fluid was filling his lungs and the pressure of his swelling was so severe, it was causing problems with his heart. Matthew was very sick. But with many many prayers and the enormous amount of fight in Matthew, he pulled through. Definitely a miracle. From one day to the next, Matthew’s dialysis began working. Doctors don’t know how it started working, but it did. And within a week, he lost 4 pounds of fluid and began to get better.

My husband and I began to train to use the dialysis machine in order to bring Matthew home. We learned how to give him his medications and feed him. Because Matthew is on dialysis, he has had an aversion to drinking from a bottle. A tube was placed in his belly so his formula goes directly into his stomach.

During the entire time, from pregnancy to now, my husband has been by my side. We have gone through everything together. Unfortunately because of this, he was released from duty from the department of corrections. He is currently in an appeal process to get his job back, however that hearing isn’t until January. So because of my husband’s release, and I have exhausted my time, we currently do not have any income. Thankfully, my husband has had a deferred compensation account with his employment, and we are currently living off that savings. We anticipate my husband regaining his employment and he will go back to work.

After five long months, on November 20th, Matthew was discharged from the NICU. We currently do his dialysis at home. He is on a 15 hour program and I am the one that gives him his medications and feeds. My son needs 24 hour care.

Matthew has an appointment at the Loma Linda Kidney Center once a week. Starting in January, he will undergo physical therapy and occupational therapy. Because of the bleeding and fluid in his brain, we will not know the extent of the damage done until we begin therapy.

Because Callia was a preemie, she herself has had some breathing problems. Upon being discharged, she had apnea issues where she would stop breathing while she slept. She also continues to have a difficult time drinking from a bottle. Both of Callia’s issues, we’re told, were because she was a preemie. Both Callia and Matthew will be seen at the high risk infant clinic at Loma Linda Children’s Hospital every three months for the first couple years of their life.

My husband and I have six children. We love each of them very much. We would do anything we possibly could for them. We have been blessed with children that understand the time we have taken and the sacrifices we have made because of Matthew and Callia. 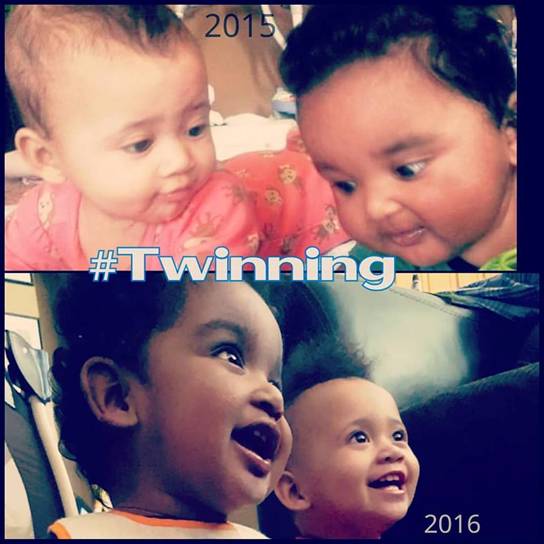 Matthew will stay on dialysis until he is placed on the transplant list. Matthew is currently in renal failure and will only survive on dialysis. He needs to reach 22lbs in order to get on the transplant list. If Matthew doesn’t find a donor within the first three years, by the time he is 4years old, I may be able to donate my kidney to him. As of right now, I am his perfect match.

We have a very long road ahead of us, but the sacrifices we are making right now are going to lead to a long, blessed life

Thank you for letting me share our story with you. Matthew is currently just growing, waiting to make the weight minimum to start the transplant process. His facebook page to follow along is www.facebook.com/matthewsmiraclespage

Thanks again and God Bless

Made For A Miracle