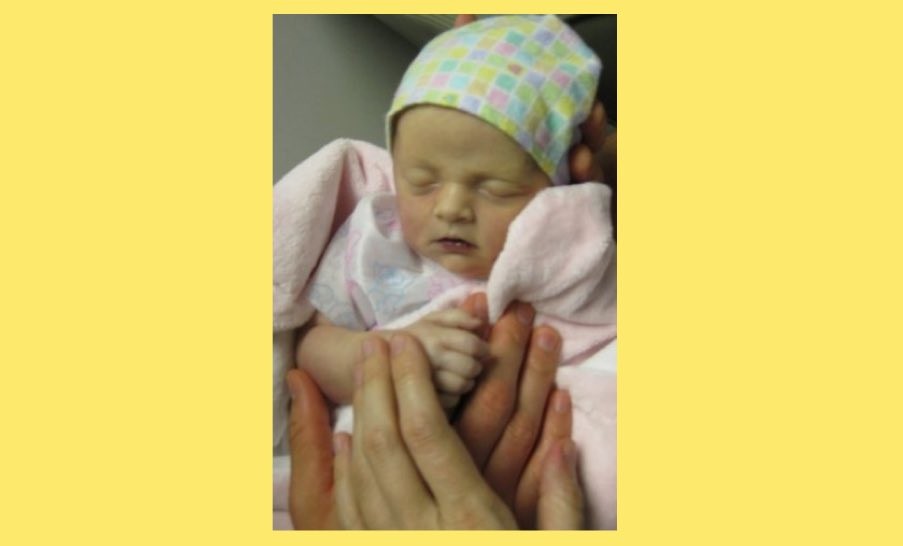 In August 2011, my husband and I were thrilled to find out I was pregnant with our third child. We already had two boys who were 2 and 5 years old.  While I was praying for a healthy baby, deep down I was also hoping for a girl.

In November, at 18 weeks pregnant, my husband and I were given the devastating news that our unborn daughter had a fatal illness known as non-immune fetal hydrops. This fetal condition is caused when abnormal amounts of fluid build in two or more body areas of a fetus or newborn. In our daughter’s case, it was in her lungs and stomach and the fluid prevented her lungs from developing.

At the time of diagnosis we looked to our doctors to provide us with the best care and knowledge possible.  We researched on the Internet and went to specific blogs on fetal hydrops but we didn’t at the time know about the Fetal Health Foundation nor did we really use Facebook to join the forums or groups that are available today.

After we met with dozens of doctors and praying for a medical miracle, we were given hope by a team of specialized surgeons, nurses, and healthcare professionals to continue the journey with our daughter, Brianna. We knew the odds of survival were slim, but all of Brianna’s genetic tests came back normal and her other organs were growing and functioning as they should. We knew we had to continue to fight for her.

I had three serious fetal surgeries, one of which had never been done on a baby with fetal hydrops before. A total of four shunts were inserted into Brianna’s chest cavity and a device known as an intraluminal tracheal occlusion was placed through Brianna’s mouth to promote her lung growth. These operations were performed Dr. Ruben Quintero, a fetal surgeon and the inventor of the device used on our child.

Our daughter Brianna was born on March 16, 2012. She was with us for 15 of the most memorable hours before God took her back as his angel. Brianna ultimately died of cardiac and pulmonary failure. We, along with our team of doctors, learned a great deal about fetal lung development and growth while on our journey with Brianna. It is our hope that more research can be done to teach medical professionals about fetal lungs as well as invent new techniques and devices that can save babies with conditions like that of my daughter.

A parent can never fully prepare for the loss of their child. There will forever be a hole in my heart left by her absence, but I would not change a thing that was done during my time with Brianna. I got to know her on an intimate level as mothers do with their babies. I just pray that research prevents other families from having to go through the heartache that we have endured.