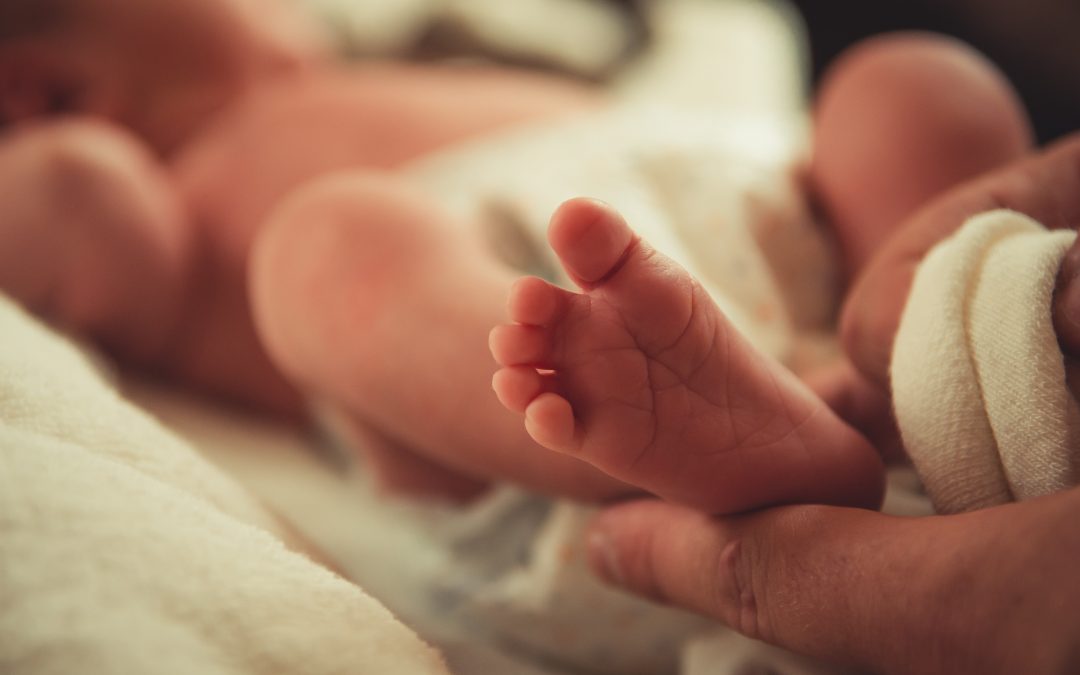 Fetal hydrops is a rare, but far too often fatal condition. The Fetal Health Foundation is thrilled to share, with their permission, a success story and video from Oregon Health & Science University’s Fetal Care team. Stories like this one, of a healthy baby born after a frightening diagnosis of fetal hydrops, inspire the entire fetal health community.

After a series of ultrasounds showed the fluid accumulation in her fetus’s chest was reaching dangerous levels, a condition called fetal hydrops, Lorena Topete was told it needed to be drained.

But, in a first at Oregon Health & Science University Doernbecher Children’s Hospital, it could be done by surgeons with advanced training in performing surgery for complex fetal conditions, all while the baby remains in-utero, or in the uterus.

Watch the video: Lorena Topete was the newly expanded fetal surgery team’s first patient. She shares her experience, from referral to her daughter’s birth.

“They were a new team, and while they had done lots of these procedures before — Dr. Sun coming from Texas Children’s Hospital and Dr. Chon from USC — you know, I was a little nervous,” Topete said. “But Dr. Chon and Dr. Sun were both very reassuring, and they were so professional and so caring.

“They also both have little kids, and it meant so much to me that they showed they really cared,” she added. “They put all these different options on the table, so we felt empowered to do what we needed to do to give the baby her best chance.”

Topete was the first patient treated by the newly expanded fetal care program. OHSU already offered the most complex fetal care in the state; with the addition of fetal surgeons Andrew Chon, M.D., and Raphael Sun, M.D., the program can now provide in-utero treatments for nearly a dozen complex conditions that occur during pregnancy — one of only five programs nationally to provide medical and surgical interventions for high-risk pregnancies and newborns, all under one roof.

Topete, of Southwest Washington, had been referred to OHSU Doernbecher when her physician first detected fluid accumulation at 26 weeks pregnant. Stephanie Dukhovny, M.D., director of the Fetal Care Program, made space to see her the next day. After hours of meeting with various specialists — obstetrician, maternal medicine specialist, fetal surgeon, neonatologist — Topete’s OHSU team had a plan to keep the baby in the womb as long as possible, with frequent monitoring to intervene if the fluid increased.

“They said, we’ll do ultrasounds every two to three days. At that point, I was like, ‘Oh my gosh, that’s so often!’” Topete said. “But I’m glad they decided to do it like that, because one or two appointments after, they noticed the pleural effusion [buildup of fluid in the tissue that lines the lungs] was larger, and there was fluid in other parts of the body.”

That same day, Chon, Sun and their new team successfully placed a shunt in the fetus’s lungs to drain the fluid.

“They were very, very thorough,” Topete said. “There was a lot of information, so I did feel a little bit overwhelmed. But it also felt like the team was such a well-oiled machine — which was very surprising to me, being that this was the first time that the team as a whole was doing this procedure.”

After moving quickly through a series of tests leading up to the procedure, Topete was led to the operating room.

“When they opened the door, everyone was waiting for me,” she said. “I joked, ‘Hey, you forgot to yell ‘surprise!’”

An ultrasound the next day showed the shunt had drained the fluid, shrinking the pleural effusion and draining the other excess fluid. The fetal hydrops resolved over the next week.  As a result, when labor needed to be induced at 34 weeks, her baby girl’s time in the newborn intensive care unit, or NICU, was short: The neonatologist told her not to be surprised if her baby had to be in the NICU for 5 weeks. Since the in-utero treatment had already addressed much of the fluid accumulation, her baby was out of the NICU after just 9 days.

“And then she was home,” Topete said. “Everything worked out more amazingly than I could have expected. The timing that Dr. Chon and Dr. Sun had, the timing that Dr. Dukhovny and even my initial maternal-fetal medicine doctor had — all of them contributed to this success story.”