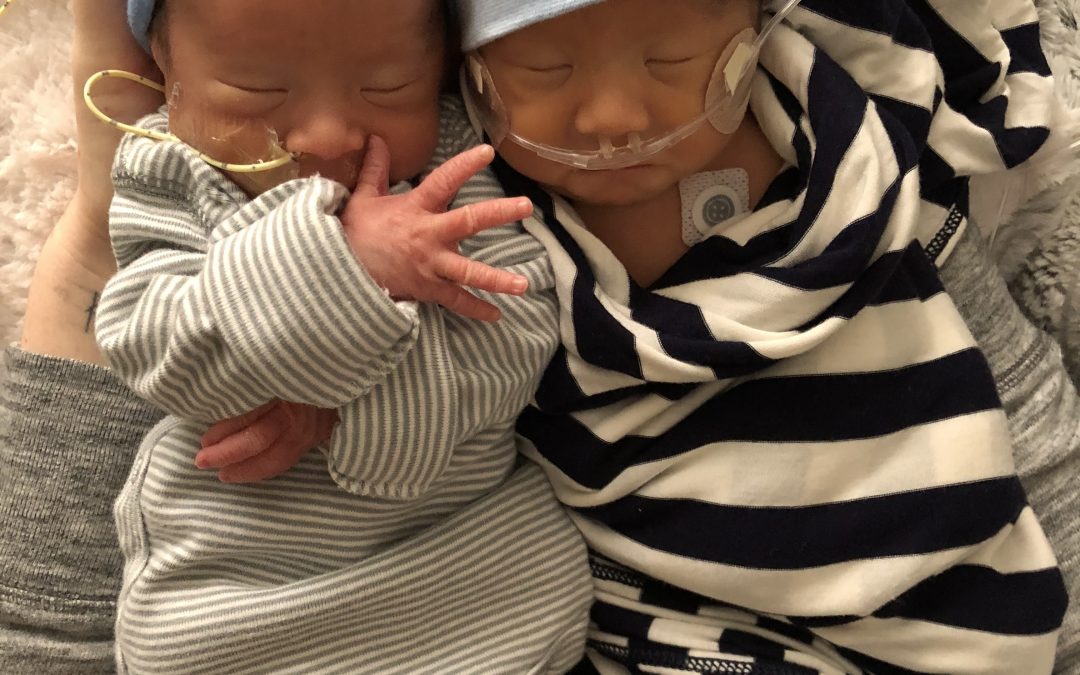 When Beth Kanemoto was pregnant with identical twins Kai and Klay, it felt like every two weeks she received more bad news. First, Kanemoto and her husband Scott learned the pregnancy was high risk. Initially, doctors thought the twins might be conjoined, but they soon learned that instead, Klay and Kai were considered mono-mono twins, meaning that they shared just one amniotic sac with no barrier between them.

Two weeks later, the couple, who lives in Longmont, Colorado and were seeing a doctor in Boulder at the time, came back to check the twins’ development and learned that one of the babies, Kai, had a suspected health issue.

Another two weeks later, doctors discovered that Klay, the other twin, was dealing with a selective intrauterine growth restriction and was significantly smaller than his brother.

“It was literally every appointment. We would just drown in our sorrow,” Kanemoto recalls. “It was just like, ‘What else could possibly happen?’”

At their 20-week appointment, the Kanemotos took another blow. Doctors could finally see Kai’s anatomy and learned he had a dangerous heart condition that would require open heart surgery very soon after birth. They referred the family to Children’s Hospital Colorado’s Colorado Fetal Care Center for expert advice on such a complicated case.

“Within two or three hours, someone from Children’s Colorado called me and said, ‘We’d like to see you next week for an ultrasound,” Kanemoto says. “We went to the Center, and from then on I had hope.”

After an initial ultrasound, the team at the Colorado Fetal Care Center and Children’s Colorado Heart Institute came together to develop a care plan for delivery. And the Kanemotos finally heard some good news: The heart surgery Kai required had an extremely promising success rate and the team was well equipped to handle mono-mono twins too.

With more hope and confidence than ever before, Kanemoto entered inpatient care at the Colorado Fetal Care Center 25 weeks into her pregnancy and planned to have the babies at 34 weeks. That, doctors said, would give Kai much-needed time to grow big enough for his surgery and allow Klay to develop too.

With a one-year-old daughter at home, a two-month inpatient stay ahead of her and a high-risk pregnancy, Kanemoto says she her pregnancy had been characterized by heartache, but at Children’s Colorado, that quickly melted away.

“They never made me feel like it wasn’t possible. The moment I checked in, I knew I was going to have a baby at the end of this,” Kanemoto says. “They were positive, and I felt well taken care of.”

Her husband and daughter Sophie visited almost every day she was in inpatient care, and she made the hospital as close to home as she could. During her two months as an inpatient, Kanemoto also had the opportunity to bond with two other inpatient mothers (who she still talks to today) with long stays, and as she watched them have their new babies and leave, Kanemoto began to prepare for her own birth.

That day finally came at 33 weeks and six days. Klay, born first, was exactly a pound smaller than his brother.

Kai, of course, required special attention and in short order had his very first open-heart surgery. James Jaggers, MD, who Kanemoto calls “our lifesaver” performed the surgery, which took a full day. It was a success, but just before Kai was to be transferred from the Cardiac Intensive Care Unit (CICU) to the Neonatal Intensive Care Unit where his brother was staying, a nurse noticed that he had a fever. After further investigation, doctors determined that his fever was a result of a brain bleed, and Kai would need more time to heal in the CICU. Though his brother was able to go home after a month, Kai spent two months healing at Children’s Colorado before finally joining the rest of his family at home just before Christmas.

“The day we got to bring Kai home, I was up every hour, and I didn’t even care,” Kanemoto says. “It was like, finally we’re all here, we’re all safe. It was the best gift ever.” 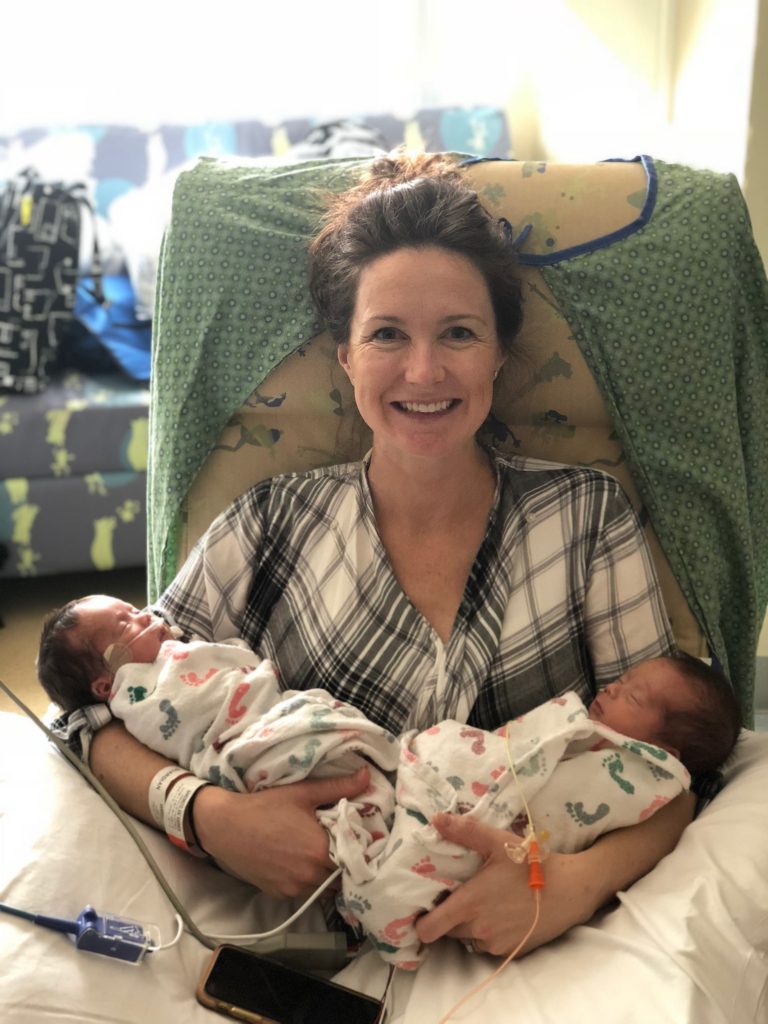 The journey to get from birth to that blissful moment was not easy. Kanemoto remained in the hospital after the birth due to a complication. She had suffered severe internal bleeding during the birth and after two blood transfusions, she needed extra time to heal. This, of course, made the difficult task of caring for the newborns and coping with uncertainty even more challenging.

Once Kanemoto returned home to Sophie and Scott, she felt guilty that the twins were alone, but realized that ultimately, they weren’t.

“We would call every night around 11 before we went to bed, and they would assure us everything was fine. And if it wasn’t, they would call us in the middle of the night and let us know what was going on,” she says. “They were in the best possible hands, and we knew that. And so, I felt at ease. If you get to know your nurses, it’s like a friend taking care of your child.”

That’s one piece of advice she has for parents who might be in a similar situation: “Get close with your nurses and doctors.”

Though Kai has gone on to have additional heart surgeries, Kanemoto reports that both Kai and Klay are healthy, rambunctious 3-year-old boys. They love superheroes and don’t mind when their big sister dresses them up as princesses.

That’s the goal. Despite incredible hurdles and difficult moments, both Kai and Klay have the chance to be little kids, play and grow.

“It was a lot of tears during the time, but now they’re perfect,” Kanemoto says. “I just think they’re little miracles.” 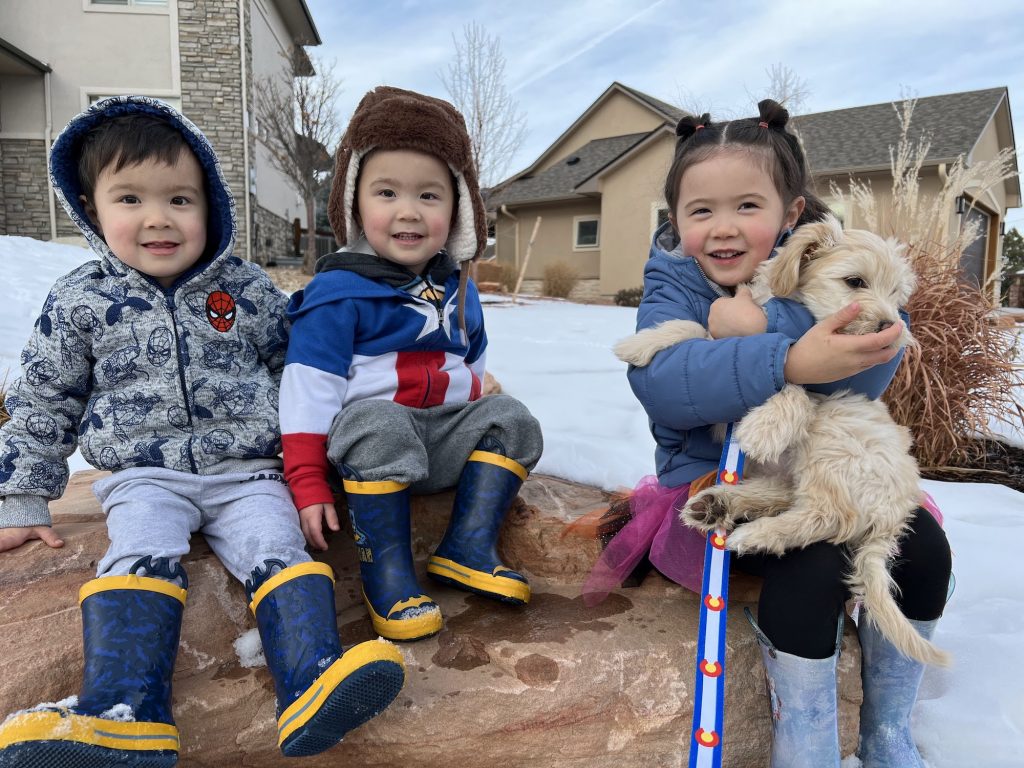