Preeclampsia and How It Snuck Into My Pregnancy 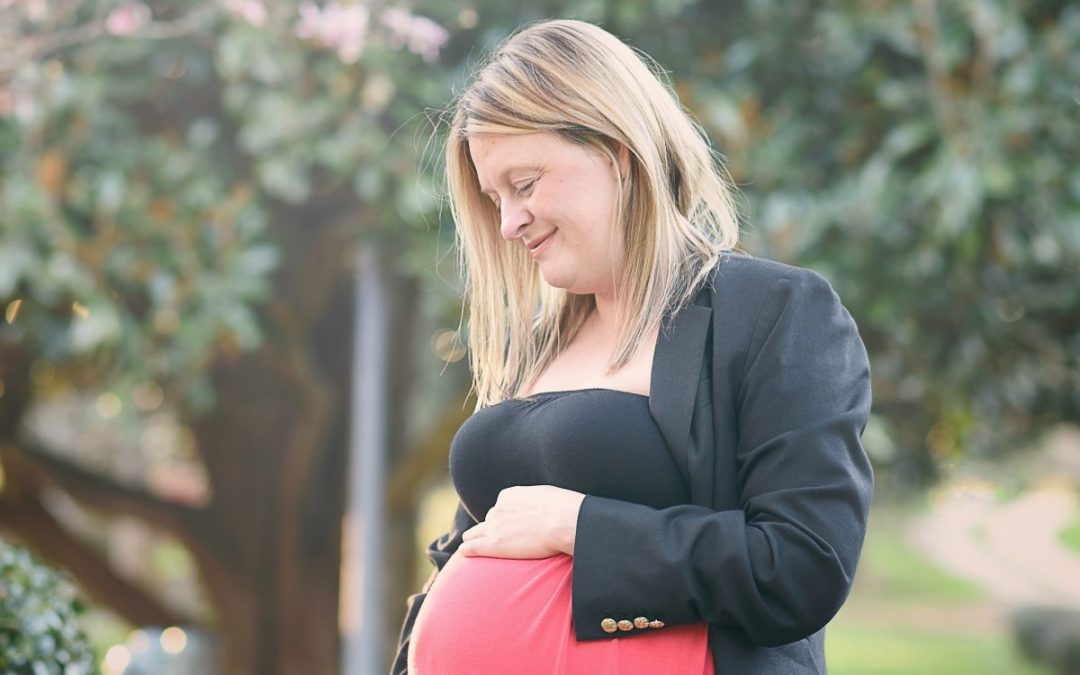 I was 35 years old and 26 weeks pregnant with my second child, Pierson. My first child was full term and I had no idea what preeclampsia was. My feet were hurting and swollen. That had happened during my pregnancy with my first child, but not until the end. My first child was two years old and he had had a stomach virus with some vomiting. I was having a lot of loose stool. I assumed that I had just caught what my son had. I never dreamed that the swelling and the loose stool were symptoms of preeclampsia.

New Year’s Eve came, and I was not feeling well. I tucked my oldest into bed when a blinding headache struck. I was very sensitive to light and my head hurt worse than anything I had ever experienced before. It felt like a fist was squeezing the base of my brain and I felt electricity go up through my skull. My husband took me to the hospital. On the way, the pain was so severe I told him that I believed I was having an aneurysm.

Upon arrival at the hospital, my urine was tested and the nurses said it had the highest level of protein possible. That alone is a major indicator for preeclampsia. My blood pressure was 198/95. When I’m not pregnant, my blood pressure is normally 110/70. Based on the results of the urine and the blood pressure, I was diagnosed with preeclampsia, and just like that, everything about my previously normal pregnancy changed. I had absolutely no previous history of preeclampsia or high blood pressure. My only risk factor was that I was thirty-five years old and now past the 20-week gestational mark in my pregnancy.

I was admitted to maternal ICU and immediately received a steroid shot. The nurse explained that this was to help grow Pierson’s lungs so that he would have the best chance of being able to breathe if born soon. Then, she hooked me up to the “mag” drip. She put a yellow arm band on me that identified me as a “fall risk.”

The mag is designed to lower blood pressure and prevent preeclampsia from turning into eclampsia, which causes seizures and worse. It has several side effects, but the ones I had included feeling cold, weakness, muscle tightness and contraction, and anxiety. After several hours on it, I could no longer stand up on my own (hence, the “fall risk” band). My nurse offered a catheter, but I preferred to toilet on my own with her help. Out of everything that ever happened to me while pregnant, the mag drip made me physically feel the worst.

Luckily, I came off the mag after 24 hours, and I felt a lot better. My nurse warned me I may be in the hospital for several weeks because if my blood pressure got high again, I could have a placental abruption and that would merit an emergency delivery. In order to be discharged, I had to meet with Maternal Fetal Medicine and they were out until Monday. I was stuck for the weekend.

On January 3rd, a neonatologist came to see me. The biggest takeaway was that twenty-seven week babies have a 95% chance of survival. They just have a long stay in the NICU. If my baby arrived early, his skin would not be like my skin and I would not be able to hold him for a while, though I would be able to look at him in the NICU, and eventually visit.

I also remember asking if this was my fault. Did I do something wrong? He said,

“Absolutely not. This is not your fault. I have seen 23 year-old marathon runners with preeclampsia. We have no idea what causes it. It’s a mystery of gynecology, but it is definitely not your fault.”

He will probably never understand how much peace those few sentences gave me. That reassurance was absolutely what I needed to hear and what every pregnant woman should know, if she has a brush with this condition.

While the magnesium is a buyer of time, unfortunately, I woke up in the early hours of January 4th hallucinating. My blood pressure spiked to 204/98. The nurse immediately called the doctor, who soon arrived and told me that it was time to have Pierson. He assured me that I was going to be fine, but that it was time to get the baby out of my body. What happened after that was all kind of a blur.

When Pierson was born, I heard a small sound that was reminiscent of a kitten. I asked if that was my baby and the doctor said that it was. I glimpsed Pierson before they wheeled him away to the NICU. He was in plastic wrap. My beautiful boy weighed 1lb and 14oz. He was the smallest human I had ever seen alive, but the key here was that he was just that — alive. 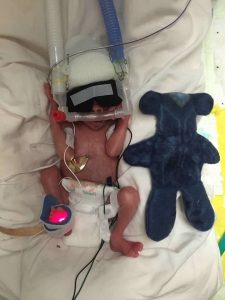 He was small, but he was mighty. I recovered quickly, but he obviously had many hurdles to cross over those next few months. I continue to be thankful that both of us are alive, especially knowing what so easily could have been.

Know the signs. Alert the doctor if you suspect preeclampsia at any point. It could literally save the life of you and your baby. 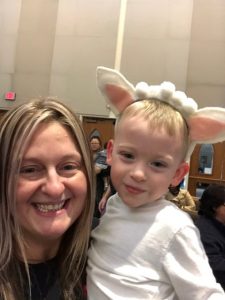 More to Know…
Preeclampsia effects the blood flow to the placenta, and can also affect the unborn baby’s kidney and liver function, cause blood clotting problems and more, if left untreated. If you experience an onset of swelling or sensations of generally not feeling well, it is best to alert your physician to determine if preeclampsia is beginning, in order to begin treatment if necessary.

Do you have a story about pregnancy or a fetal syndrome?  Share them and help other learn and gain hope.