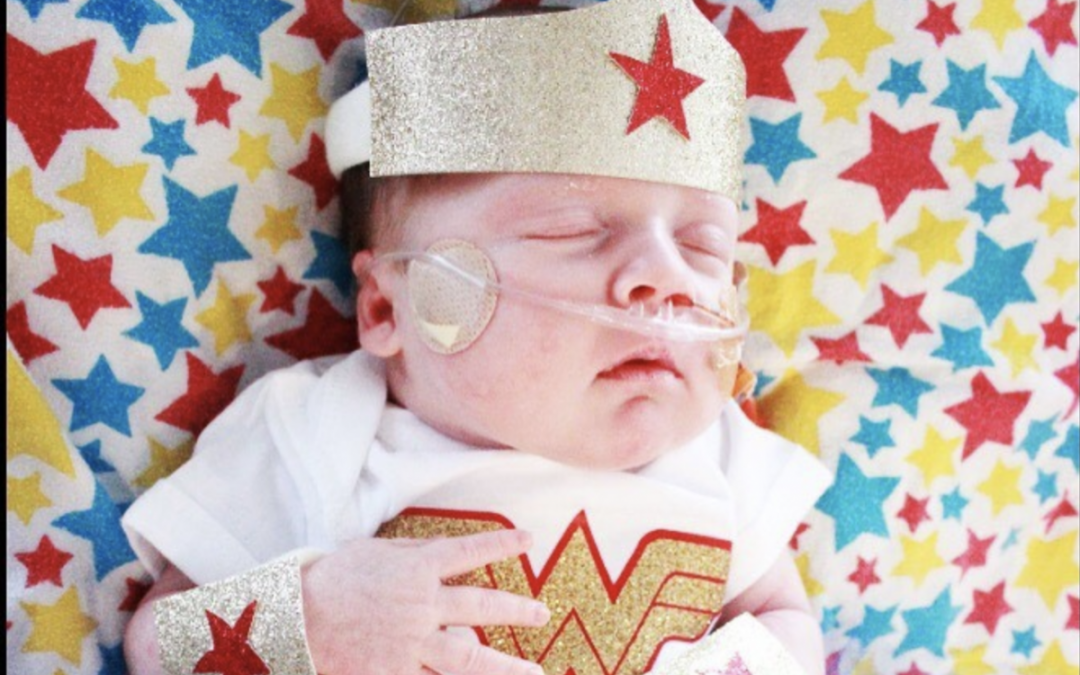 Today, they are the proud parents of a healthy, happy 11-month-old daughter named Kora, derived from Corazon, the Spanish word for heart. While that may not seem unusual, it was a journey that defied all odds. During Alysha’s 23rd week of pregnancy, their unborn daughter was diagnosed with a rare tumor growing on her heart. Fewer than one in a million babies develop this type of tumor – called a fetal pericardial teratoma – which often results in death.

Luckily, the Kellners were referred to the Midwest Fetal Care Center, a collaboration of Children’s Minnesota and Allina Health. There they met Dr. Joseph Lillegard, a pediatric surgeon and leader of the Center’s open fetal surgery program, who told them about the possibility of performing in-utero surgery to remove the tumor. Along with the hope they felt at learning about the procedure came a dash of reality – fetal surgery to remove the type of tumor growing on their baby’s heart had only previously been performed successfully three times in the world.

To prepare for the surgery, Dr. Lillegard and the Center’s medical team consulted with physicians at the Children’s Hospital of Philadelphia, which had conducted the three successful previous surgeries. They also gathered a team of more than a dozen specialists and ran thru various simulations.

On July 31, 2017, Dr. Lillegard, Dr. Francis Moga, a cardiovascular surgeon at Children’s Minnesota, and a team of maternal fetal specialists made small incisions into Alysha’s abdomen and uterus to expose the baby’s chest and found the tumor, which was four times larger than the heart. Using tiny, specialized surgical tools, they were able to remove 90 percent of the tumor before closing up the incisions. On September 29, 2017, nearly two months after her fetal surgery, baby Kora was born at 35 weeks via C-section. Kora spent 42 days in the hospital and had another surgery to remove the remainder of the tumor. On Halloween the hospital staff were delighted to see the tiny fighter dressed as Wonder Woman. Today, Kora is cancer-free and enjoying all the wonders of her parents’ home.

Prior to the run, Alysha told us she was excited to share her family’s story and to provide hope to other parents. “It’s devastating to receive the news that there is a complication with your pregnancy,” said Alysha. “I want to let people know that there are amazing medical teams performing miracles every day. Just look at Kora!”

About the Fetal Health Foundation