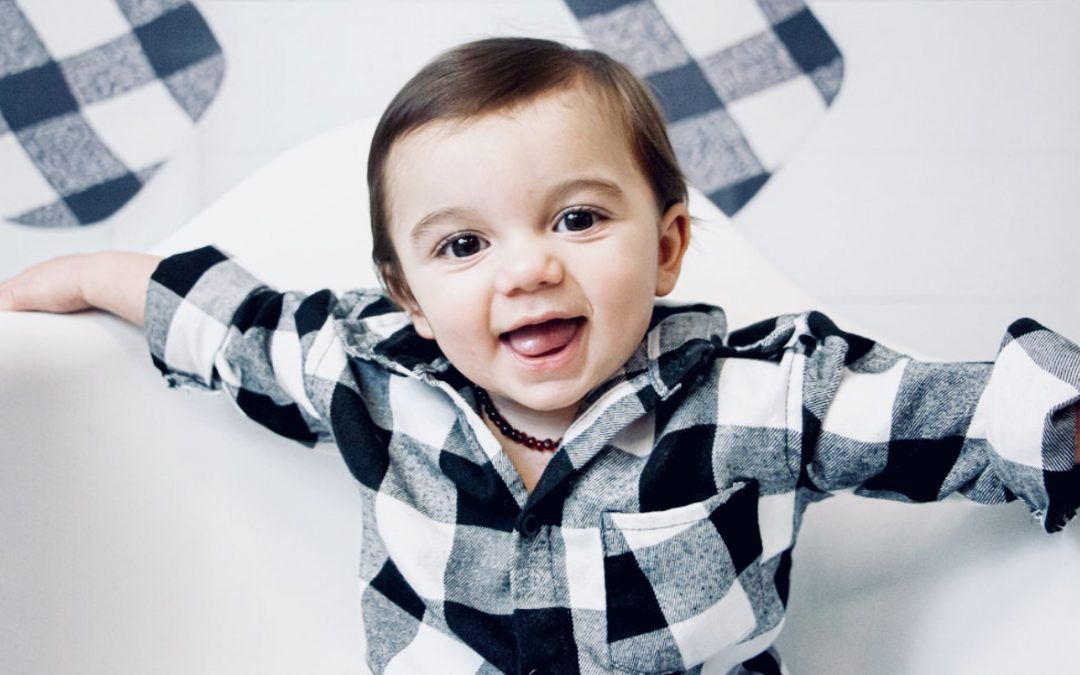 This piece originally appeared on the Texas Children’s Hospital Pavilion for Women Blog and is presented here with their permission.

Learning your unborn child is sick is difficult for any soon-to-be parent. This was the case for Cassie who, at 22 weeks pregnant, found out her unborn baby boy needed immediate intervention.

“I was at my usual ultrasound when the team discovered something unusual in the image,” Cassie said. “They’d found a heart defect during the ultrasound and sent me to another hospital to check what was happening.”

At the research hospital Cassie was sent to, she and her husband received their baby’s diagnosis: hypoplastic left heart syndrome (HLHS).

The family immediately took to Google to research everything they could about HLHS and what this diagnosis may mean for their unborn child and family. Cassie’s physicians also discovered she was at risk for preterm labor.

Desperate to save her baby, who they planned to name Maverick, Cassie asked her physicians if they could perform a fetal intervention like she had read about in her research.

“We shared our findings from online research with our doctor who informed us a fetal intervention was not an option for us since I was at risk for preterm labor. He also mentioned fetal interventions are fairly new and therefore would pose a number of risks to my pregnancy. I was very discouraged and felt hopeless, so I decided to get another opinion at Texas Children’s Pavilion for Women,” Cassie said.

Cassie reached out to Texas Children’s and was evaluated by a multidisciplinary team of physicians from the Fetal Center and the Heart Center. The congenital heart team at Texas children’s hospital also found that Maverick had restrictive atrial septum which, because of the heart disease, limits the blood flow getting out of his lungs and can cause lung problems.

“I felt so lucky the team decided to see me. I was 31 weeks along when Texas Children’s Fetal Center team decided it was a good time to perform a fetal intervention especially because his lungs were also mildly damaged. We met with all of doctors on our case and they collectively decided what the best plan of action would be based on my son’s test results. We decided the benefits of a fetal intervention outweighed the risk, so we proceeded with the surgery,” Cassie recalled.

“Maverick’s heart condition, HLHS, is usually treated with a series of three open heart surgeries after birth. However, because of his restrictive atrial septum defect, he could have been ineligible for two of the three surgeries if he did not receive a fetal intervention,” Said Dr. Sexson, Maverick’s fetal cardiologist.

“The fetal intervention process was so nerve-wracking for me. On one hand, I was terrified something may go terribly wrong with him. On the other hand, I was also full of hope that the clinical team could actually fix his lungs. What kept my spirits lifted was getting to see how confident his doctors were about the procedure,” Cassie said.

“I was awake during the surgery, so I got to see how much faith the fetal experts had in their work. They were such a cohesive as a team and everyone worked together so my son could have the best possible outcome.”

Babies born with Maverick’s heart condition and a restrictive or absent communication between the top two chambers of the heart, are born with abnormal lungs, in addition to the heart defect. In fact, most of these babies do not survive after birth. Maverick underwent creation of an opening in the top two chambers of the heart in fetal life with a stent, to allow him to be stable after birth and his heart and lungs to be in better condition.

“I remember the room erupted in celebration when the stent stayed in his heart. I know for a fact, they put everything they had into that intervention and believed it would work,” Cassie joyfully shared.

During the fetal intervention, the team found Maverick’s lungs were mildly damaged, but they were hopeful his lungs would heal. Another echocardiogram after the surgery revealed the stent was where it needed to be and working as hoped.

“Just few days later, the team checked on the stent and it was doing exactly what it was supposed to! I’d been to two different hospitals before this, but the genuine positivity I experienced at Texas Children’s really helped me feel cared for in so many different ways,” Cassie said.

Cassie delivered her son Maverick at 39 weeks, with no complications.

“One of the amazing things about Texas Children’s Hospital is they warned me ahead of time of what could happen when Maverick was born, such as him being blue or having complications; this helped me prepare myself. That was probably the hardest thing, knowing that I may not be able to hold my baby right after he was born. But he blew us all away!” Cassie said with joy.

He came out as pink as can be and stayed in the room with me for 45 minutes. I got to hold him and my family got to love on him before he was taken to the Cardiac Intensive Care Unit (CICU).

“It was more than I could have imagined, considering there was a strong chance he could have died in-utero.”

Five days after his birth, Dr. Jeffrey Heinle , Associate Chief of Congenital Heart Surgery at Texas Children’s Heart Center, performed a Norwood procedure on Maverick’s heart. A Norwood surgery takes place in the first week of life. This is a major open-heart surgery to repair the aortic arch so it can better provide blood flow to the body.

Due to the nature of the surgeries, patients are required to stay in close proximity to the hospital. Cassie was able to stay at the Ronald McDonald House while she waited for Maverick to get stronger for his next procedure. She met with other moms while she was there and learned more about what to expect as a parent of a child with HLHS. 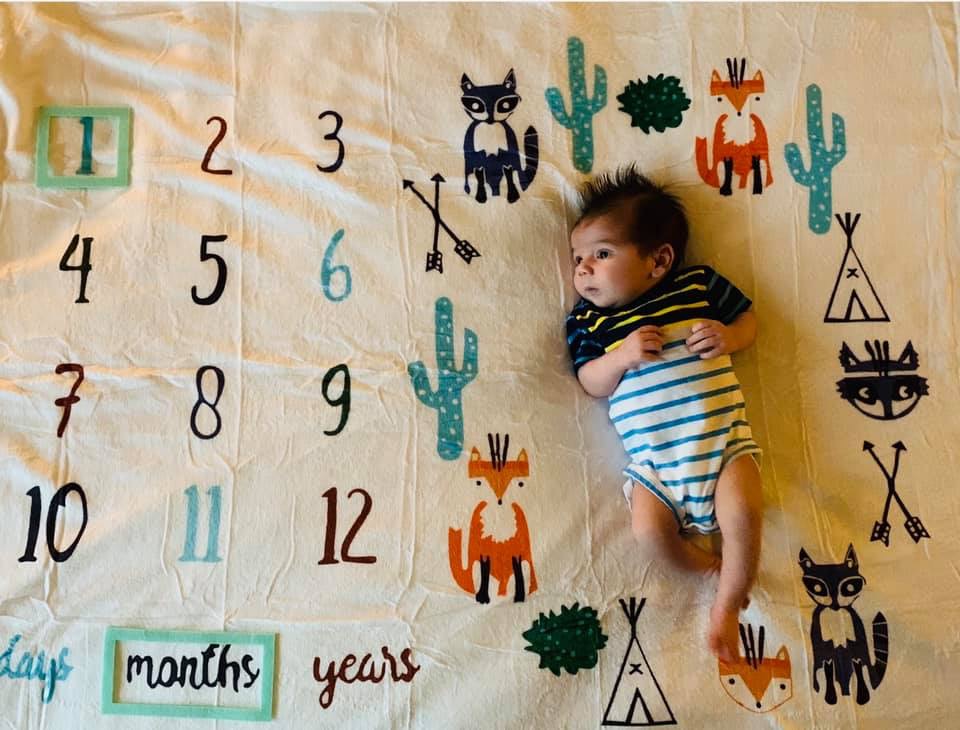 Maverick’s road to recovery was not always smooth. As a matter of fact, one of the side effects of the medicine he was put on shortly after he was born caused him to stop breathing which set back his recovery time because he needed a breathing tube. Shortly thereafter, he was stabilized and allowed to return home. Before he left the hospital, several nurses and clinical teams worked with Cassie to teach her how to take care of Maverick at home, what signals she needed to watch for and they also taught her how to help him start bottle feeding.

“We brought him back to the Ronald McDonald House because we had to stay local since we had appointments once a week. His Nurse Practitioners Lacey and Mary where amazing and made such an impact on our lives!

There were also some hospital stays here and there when he struggled to gain weight, but he pulled through them all and we eagerly awaited his second surgery, the Glenn,” Cassie said.

The Glenn procedure is the second of the three-staged procedures to treat HLHS. This operation diverts half the blood from the heart directly to the lungs for reoxygenation so it does not have to pass through the ventricle. Dr Heinle also performed his glenn.

Right before his Glenn, Maverick underwent a cardiac catheterization procedure which indicated his lungs were perfectly healthy and he was ready for this next surgery. He followed up with Ocampo afterwards.

“He did so well after his Glenn and we were finally able to return home to Alabama just six days later. From there, we went to follow-up appointments to check on his heart and monitor his progress as a growing baby,” Cassie said. “He started sitting up at 3 months, took off crawling at 6 months and said ‘mama’ at 8 months. From the outside looking in, you would never know he was a heart baby.”

After he was discharged to go home, the clinical coordinator team at Texas Children’s connected Cassie with a cardiologist in Alabama for his follow- up appointments. Maverick recently followed up with a cardiologist who trained at Texas Children’s and he continues to say that Maverick’s heart and lung function looks great, as well as his oxygen level.

Maverick continues to amaze his parents with how quickly he is developing and charms them with his funny personality as he awaits his third procedure, the Fontan, which will happen around age 3.

While the family waits for Maverick’s final procedure, their advice to every parent with a child suffering from HLHS is to be an advocate for their child, whether they are still in utero or a few days old.

“I was willing to do anything to give him the best and I want people to know that it is always worth the effort to go the extra mile to research the options available for your child. Maverick is alive because we researched and asked for a second opinion. He is doing well today because Texas Children’s Hospital gave him that chance and the best care possible. We will forever be grateful for ALL the facility and staff that was involved with our experience at Texas Women’s Pavilion and Texas Children’s Hospital! We will never forget the love, determination, and miracles we got to experience first-hand”. 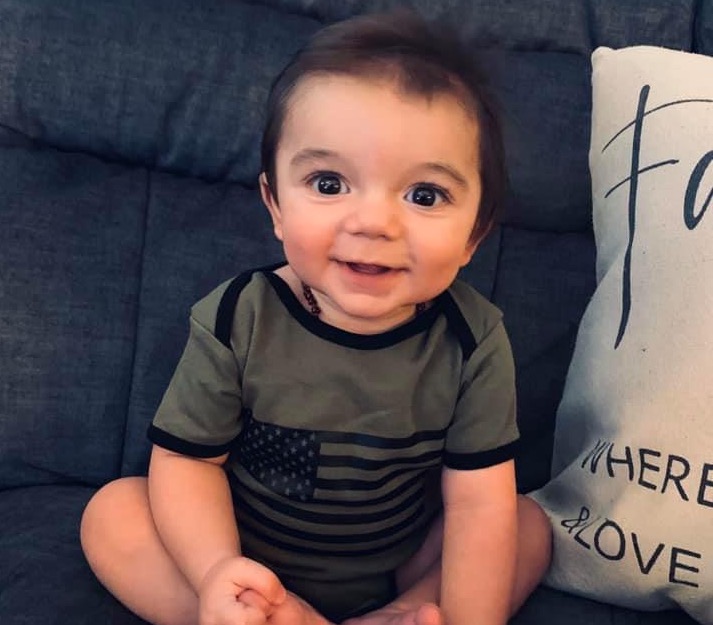